Tweet
The Quest for Speed
Sweeping is based on a simple mathematical rule that states that the shortest way from one point to another is a straight line. If we apply that to the guitar, the shortest way to go from one string to the other is straight. Sweeping is basically eliminating all the unnecessary movements to gain as much speed as possible.

In this module we will focus specifically on sweeping arpeggios. The goal is to find arpeggio positions that will be structured with one note per string allowing us to sweep the stings in an effort to gain speed.

The Right Hand
If you know how to strum a chord, you already know the sweeping movement of the right hand. The difficulty is to play a note on the left hand as you are sweeping. Let's start with basic chord shapes just to get used to the sweeping movement. Concentrate on your right hand. Your pick should move across the strings in a smooth continuous motion.

Remember that your left hand fingers should position themselves at the same exact time that the note is being played by the pick. If you don't do that, your sweep will sound like a strummed chord.

Move these chords around and practice on the sweeping movement. Don't worry about speed but be as precise as possible. This simple exercise is the most important thing to master. Once you can have a clean sweep with simple patterns, you can move on to more complex figures.

Let's continue by developing a good right hand sweeping movement. When practicing, make sure that you maintain a very steady tempo while maintaining a comfortable position. Train yourself to avoid speeding up in the easy parts. Every group of notes should be played with precision and consistency.

Arpeggio Shapes
Let's take a look at two of the most commonly used arpeggio shapes starting off of the 2nd string. It's important to be familiar with these basic shapes as we will use them later on to develop longer runs.

These two shapes are very useful when it comes to sweep as they both are arranged in a way that most notes are placed on different strings. The following exercises will help you get familiar with these two shapes. The sweeping movement should be fluid and relaxed. Practice at a comfortable speed and build speed gradually. 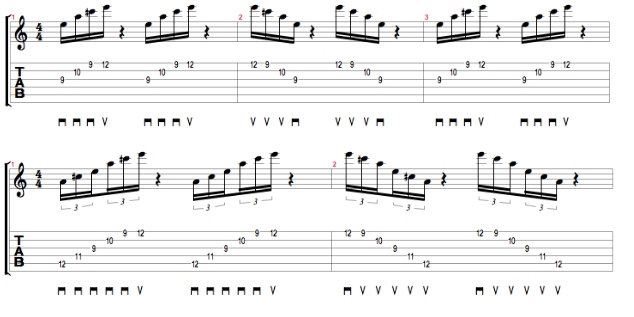 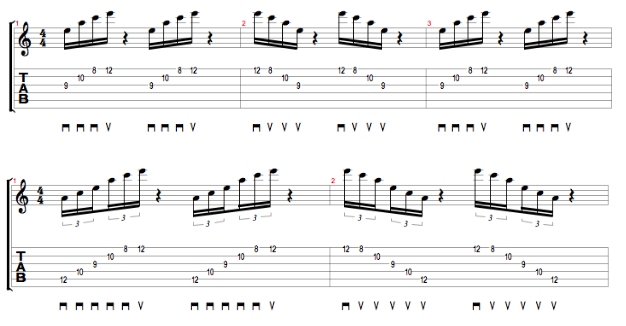 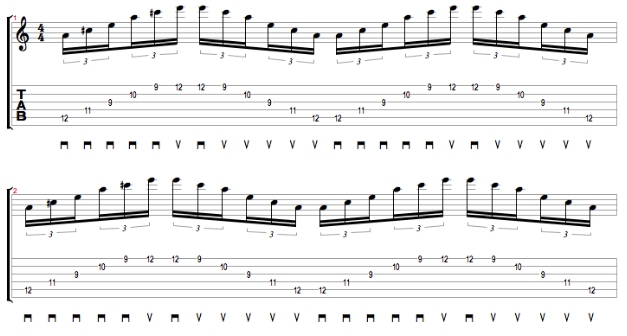 Combining Positions Together
Once you are more familiar with the basic triad shapes, it's time to combine them together. We will use slides and pull-offs in the next examples to ling our triads together. 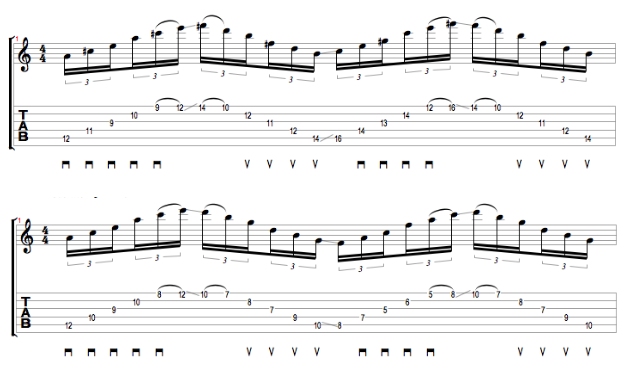 Six String Triads
With a little practice and a bit more extension you can use all six strings of your instrument to play triads. Following are two arpeggios you may use to explore the sweeping technique. 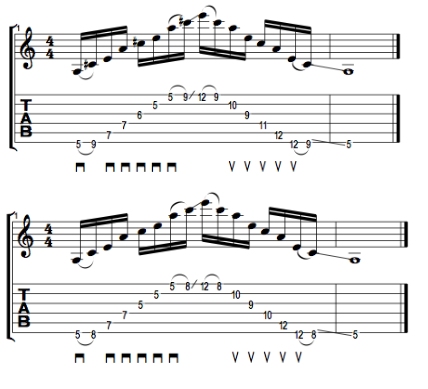 Sweep and Tapping Ideas
Because sweeping over arpeggios is a very fast technique, it can be quite beneficial to learn how to combine some of these sweeping licks to make them longer. Tapping is a great tool to do that as shown in the following examples.

A Major Triad With Tapping 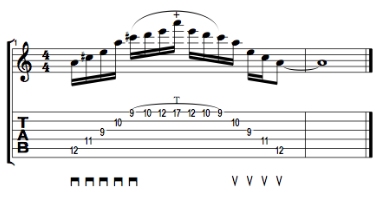 A Minor Triad With Tapping 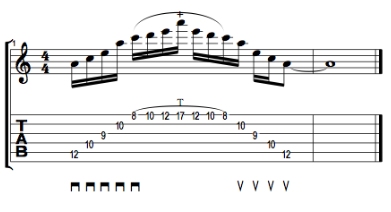 Here's an example with 3 notes on the same string. Make sure you are using the correct up/down movement. 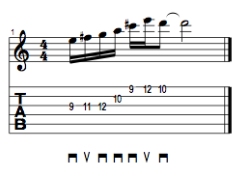 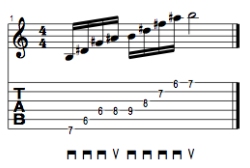 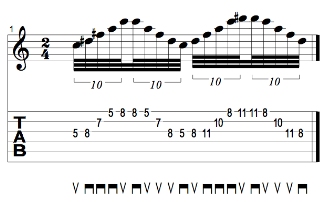 Final Thoughts
Sweeping can really add a nice touch to your playing if used correctly. Remember that in order to sweep properly, you need a very good hand synchronization. Practice the previous exercises slowly focusing on precision and good rhythm placement. Don't give up as this can be a difficult technique at first. Be patient, and practice well!