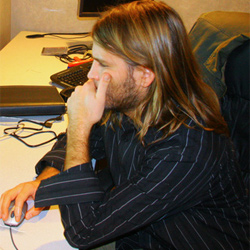 Can I do a slightly uninformed op-ed on Funk? I have been giving this some thought lately and am prepared to make an argument, so here it is. I think funk should make a comeback. A full comeback though, not just a blip on the radar. Let me explain.

I'm not much for pop music, nor do I closely follow the trends, but I definitely can remember the first time I listened to the most recent Daft Punk record, "Random Access Memories". I don't know about you, but it was so simple to hear the first 30 seconds of that record and know it was going to be a hit. It's ice cream for your ears. It is innocent enough to listen to passively, yet intriguing and layered enough for active listening. It's just good music. About a week after listening to it, I fully internalized it. At it's core, it is contemporary funk music with a sprinkle of modern day flavor.

Obviously the impact of the Daft Punk record can't be understated. It sold 339,000 copies in its first week (that is a lot). It is one of the best selling digital albums of all time. It sold millions of copies, won multiple Grammy awards, and was probably played and digested by every teenager on the planet. Mr. Dawson, why should I care about this? Because if you care about the current state of music, I am hoping this is a turning point. It gets people talking about guitar again. It gets teenagers looking up Nile Rodgers. It puts a footprint of awesome guitar playing in the minds of a new generation. Optimistically, it could be a turning point for Bieber generation to finally die off. And this is a good thing.

Fast forward to this week. I am casually browsing Reddit when I stumble across this little gem. A virtually unknown group of dudes called "Portmanteau" from Leeds (West Yorkshire, UK) bringing the groove (view Facebook page here). If you have a soul in your body, then you can't help but bob your head to this. And to me, this is the essence of funk music. Groove. Chill. Stress free. Warm hearted. Unintentioned. Altruistic. Funk encourages you to leave your worries at the door. Funk isn't music trying to be cool. Funk IS cool.

If these modern interpretations of funk make you move in your chair, then cheers... we are cut from the same cloth. Understanding the funk, and the role of the guitar in the landscape is another topic, and in order to move forward, we must study the past. I would like to give you a small sampling of funk licks from one of our resident instructors, DJ Phillips, who has an entire series of funk licks for you to digest. Each also comes with a bit of a history lesson and an achievable lick to practice. Let's do it.

James Brown is considered the godfather of soul, and the man who brought funk to the forefront of music across the world. Jimmy Nolen played with Brown from 1965-1970 and was a staple of the sound. Nolen was the guy who developed the classic "chicken scratch" picking sound that really defines the groove and feel of funk guitar playing.

Leo is one of the founding members of the New Orleans funk band, The Meters. You have probably heard some licks by Leo before, who adds a layer of depth and complexity to the funk sound. This lick is a little more complex, but has a lot of feel and is a blast to play.

Superfly! Curtis Mayfield was the man! Curtis brought Chicago flare and pure charisma to the funk era. Curtis' playing was a little more progression based instead of the more simple lines of the previous funk players, and contributed a lot of movement to the composition.

I'm not too sure if Funk will make roaring come back or simply influence a future generation, but I am going to do my part to bring the instrumentation to the forefront. The feel-good-nature of composition, the simple yet complex layering, and overall vibe of the music is something that should have it's place in modern music. I also encourage you guitar players to give these licks a shot.. even if Funk isn't exactly your cup of tea. There are alot of takeaways from learning these licks, including an improved sense of timing, better chord vocabulary, and a more fluid strumming hand. Those sound good, right?

Loosen up that strum hand this weekend.

I think that is all for this week! The last 4 weeks have been a constant barrage of distractions so I am sorry for keep you waiting for fresh issues of Weekend Warrior. Per usual, I encourage you to get outside of your comfort zone this weekend, push the envelope, and make an advancement into new playing styles! The guitar is such a versatile instrument, so take advantage of it.